Rebecca joined Shepherds in 1998 as a student veterinary nurse and qualified in 2002. She then gained a further qualification as a clinical coach. She enjoys teaching and encouraging people to take on this rewarding career. Rebecca was appointed as head nurse in 2015 and her duties include the day to day running of the nursing team, ensuring gold standard of care for all our patients. She has a keen interest in nursing clinics and animal behaviour.

Jodie joined Shepherds the Vets in July 2011.She worked as an animal assistance for a year and then went on to complete her veterinary nurse training at Abbeydale Vetlink College. She qualified in August 2014. Jodie enjoys all aspects of her job but her main interests are critical and emergency care and anaesthesia.

In her spare time, she enjoys spending time with her family and partner and going to different places for weekends away especially zoos! When at home she enjoys keeping fit at the gym. 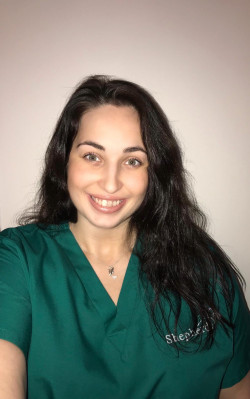 Jess is a registered veterinary nurse gaining her qualification in 2019. Jess has been working in the veterinary industry for the past 8 years and has a keen interest in feline medicine.

Kelsey has many animals at home including dogs, cats, chickens and 2 Micro Pigs. With her personal zoo at home most of her free time is spent with them.

Hannah has worked in veterinary practice since 2012 and qualified in 2016. She joined Shepherd's in 2019 after volunteering in rescue centres abroad. She enjoys nursing care, theatre and emergency work.

In her spare time she likes baking, socialising and spending time with her ragdoll cat, Socrates. 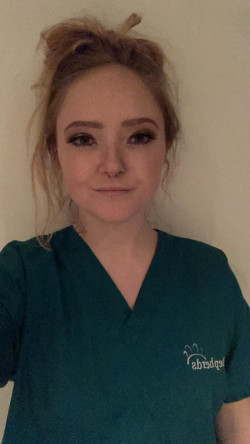 Amelia joined Shepherds in October 2016. She has recently graduated in animal behaviour and welfare science from the university of Bristol.

She has a passion for the care and welfare of animals 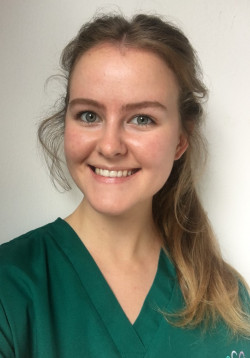 Rhiannon qualified as a veterinary nurse in 2019 from the Royal Veterinary College and joined the Shepherds team in 2020. Her favourite aspects of the job are laboratory work and medical nursing, especially dermatology!

In her spare time Rhiannon likes to read, run, play the piano and relax with her Yorkshire terrier Eric. 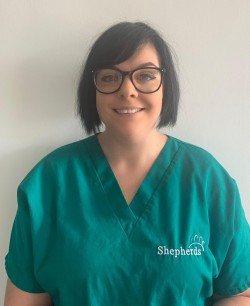 Teri-Ann has been working in practice since 2010 and qualified as a Veterinary Nurse in 2012, obtaining her Bachelor of Science in Veterinary Nursing in 2013. She has worked in mixed and small animal practice in South Wales and originally joined the team at Shepherds in 2019 before moving to London. She rejoined the team in 2021.

Teri-Ann holds a certificate in Canine and Feline Veterinary Health Nutrition which is her main passion and is currently undertaking a Masters Degree in Animal Nutrition. She also has a keen interest in Medical Nursing and Anaesthesia and Analgesia. 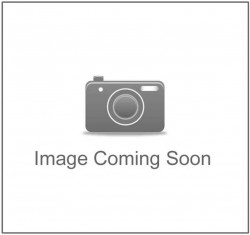 Qualified at Hartpury in 2018, been working in Shepherds since 2019 - interests include emergency and critical care and surgery and looking after her cat.

Emma joined the team in May 2018. She has always had a passion for animals and wants to dedicate her life to helping them. Emma will be starting college in September 2019 and when she qualifies she hopes to specialize in feline nursing.

In her spare time, she enjoys dressing in 1950's fashion, cooking and playing with her cat Sullivan.

Learna joined the team in March 2018. Having had a passion for animals her whole life she decided to pursue her dream of working with animals and will be beginning college in September 2019 to train to be a Veterinary Nurse. In her spare time she enjoys going to the gym and taking her Cocker Spaniel Barney for walks in the Brecon Beacons with her Fiancé.

Ellie joined the team in 2018 after years of loving and caring for animals. She decided to put herself to the test and applied for the Level 3 Animal Management course at Bridgend College to fulfil her dream of being a veterinary nurse. She is now on the path to becoming a veterinary nurse whilst working at Shepherds and training as a student nurse. In her spare time, Ellie enjoys spending time with her family and friends along with travelling and walking her dog.

Sadie joined Shepherds in 2018 as a student veterinary nurse. Sadie always had a passion for animals and recently graduated in Animal Behaviour and Welfare from the University of Plymouth. She is now training to be a Veterinary Nurse at Pencoed College. At home, Sadie has three Crazy Jack Russels named Buster, Bertie and Amber. She also has a tortoise called Tank. Outside of work, Sadie spends time with family and friends, along with walking the dogs regularly.

Amy joined Shepherds in May 2019. Amy attended the University if Gloucestershire where she studied Animal Biology. She has always had a passion for animals and wanted to work with them from a young age. Amy will be training to be a qualified veterinary nurse.

In her spare time Amy enjoys spending time with friends and looking after and riding her horse. 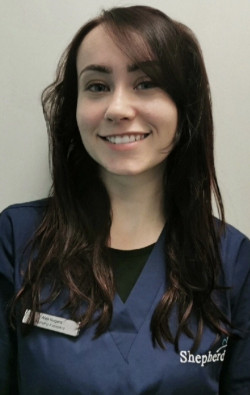 Alex joined Shepherds in 2019. She always wanted to assist in the welfare of animals, having been around them her whole life.

In her spare time, she enjoys going for long walks with her Dalmatian, Dolly, and spending time with her other cats and dogs 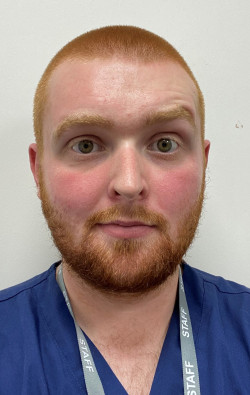 Lloyd has always had a passion for animals and undertook a Level 3 Extended Diploma in Animal Management at Pencoed College, which helped him gain a job at Pets Corner, which he worked at for 4 years and developed an interest in understanding nutrition in dog food. Lloyd gained knowledge about all the dog foods on the market and understood the benefits of feeding high quality foods.

Lloyd also enjoys going to the gym and spending time with his friends and washing his car whenever he can. 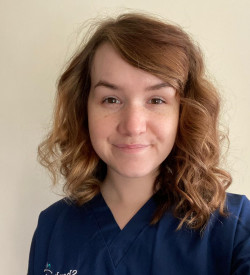 Hollie joined the Shepherds team in 2020 after finishing her first year of veterinary nursing at Usk college. Her favourite part of the job is theatre and looking after the animals in recovery. In her spare time she loves to take her basset hound Wilson down the beach 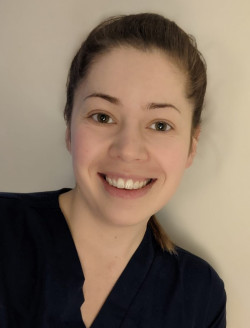 Jessica joined Shepherds in December 2020 as a nursing assistant in the hospital. She graduated with a first class degree, in international Wildlife Biology from the University of South Wales. Her main interests are dog trailing/rehabilitation, caring for the environment, promoting sustainably and being a voice for animals in need. Outside of work she likes to go hiking, walking in nature reserves and horse riding. She loves to hang out with her dog Lola watching movies and practicing dog training. 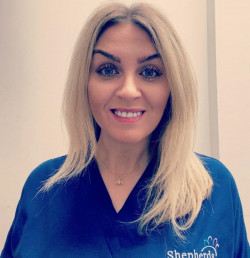 Melissa joined the practice in March 2020 as a trainee veterinary nurse, taking a change in career to do what she loves every day. Having been around and had a love of animals all her life, she jumped at the chance to move into veterinary nursing, and is due to commence her RVN qualification at college in September 2021. In her spare time Melissa loves to walk her beloved German Spitx, Leo, on any of Wales’ many beaches, watching Netflix or falling asleep on the sofa with her Bengal, Mia. 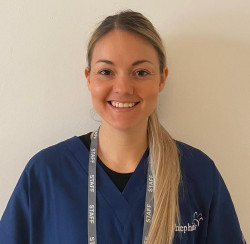 Josie joined Shepherds in 2021 and will start college in 2022 as a SVN. Josie decided she wanted to become a nurse after volunteering abroad in a spay and neuter clinic. She has two cats - Steve, and a rescue from the Philippines named Sully. Josie enjoys doing CrossFit and loves true crime documentaries!

Paula joined Shepherds in the year 2000. She started as a cleaner in The Beaches and has progressed to an Animal Care Assistant in our purpose-built hospital in Brackla. She takes care of all the basic needs of your animals when they come into hospital. She makes sure they are walked, fed and given attention so they feel less nervous about being away from home. Her spare time is filled up with family.

All her spare time and energy is currently taken by her  grandchild who was born in 2014. 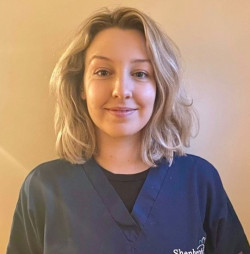 Emily joined shepherds as an ACA. She has always loved animals and has wanted to work with them from a young age. She hopes one day to study towards being an RVN. Emily’s hobbies include baking, snowboarding and looking after her family dogs Wallace and Alfie. 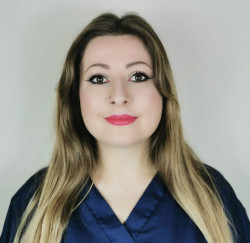 Kim has always had a passion for animals and gained a Level 3 Extended Diploma in Animal Management at Pencoed College. Having previously worked as a receptionist at a Veterinary Practice but wanted a more hands-on role, Kim came to Shepherds to work as an Animal Care Assistant. Kim’s hobbies include: musical theatre and spending time with her cat Penny!