Leanne Allsop joined Shepherds in February 2017 as our Head Receptionist.

Leanne came to the practice with a great deal of management experience and was recruited to support our receptionist team in delivering a great customer experience.

Louise has worked as a receptionist for Shepherds since 2003. Louise is based in our Bridgend Hospital. She has progressed to senior receptionist.

Outside of work she enjoys spending time walking her dogs and seeing family and friends.

Jo has worked at Shepherds the vets since 2012. Jo originally worked at the beeches as a kennel assist and then moved to the Hospital in Brackla. Jo left Shepherds for a short period where she worked alongside her family in a boarding kennels. Jo then returned to Shepherds as a trainee nurse and after a short time decided to join the reception team where she has enjoyed working since.

Diane has worked for shepherds since 2002 in the Port Talbot branch. She is the sole receptionist in Port Talbot. She loves spending my spare time with her daughter and granddaughter who she will tell you are “my life”. She also has a Guinea pig called Rocket to whom she can often be found talking too.

Jen joined Shepherds as part of the reception team, November 2007 when the practice was based at ' The Beeches', Litchard. She worked at the practice for almost a year before we relocated to Ty Arc, our purpose-built animal hospital. She says she “had no idea at the time just how fast paced and varied my role would become, and no two days are ever the same here!”

Tracy has worked as a receptionist at Shepherds since 2012. She has always liked animals and grew up with them as a child. She has 2 cats named Tide and Cloud and 2 guinea pigs named Chase and Ryder at home. In her spare time, she enjoys spending time with her son playing football and enjoying the outdoors.

Helen Jenkins, has been employed by Shepherds the Vets since 2017 on a part time basis as a receptionist. She joined the team after being made redundant from Bridgend County Borough Council as an administration officer. In her spare time, she loves to spend time with her family and grandson. Her and her husband also like to travel around the country attending race meetings, especially ladies’ days.

Steph joined Shepherds the Vets in October 2018 having previously worked at Tesco’s office in Cardiff.
Steph says “I spend most of my time running after my one year old so have little time for hobbies, although I do love a shopping trip once in a while.” Steph has a dog called Max who is a lab cross collie and is 8 years old. 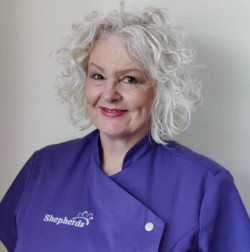 Debbie joined Shepherds in March 2020 and is receptionist for the Porthcawl Branch.  Having previously worked for many years in a receptionist role Debbie enjoys meeting owners and their pets.  Debbie says after being a client of Shepherds for more than 30 years to now work for the Shepherds team is very rewarding and knowing her 3 rescue dogs Robbie, Bailey and Breeze have the very best of care. 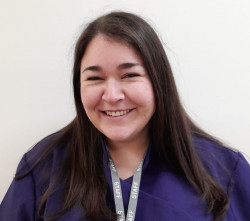 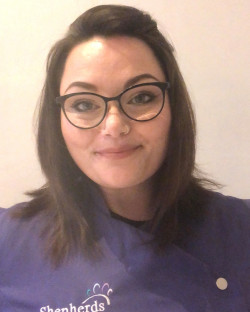 Sarah joined the team in October having previously worked as a BSL communicator for Cardiff and Vale schools.  She is really enjoying the busy environment and meeting both the two legged and four legged clients.  Sarah believes her house isn’t a home without a dog and has two much loved mixed breeds from rescue kennels called Betty and Mabel. 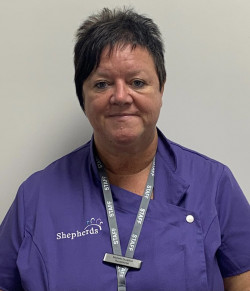 Michelle joined the team in August 2021 after working in dentistry for 30 years. Michelle really enjoys working with the public on the busy reception desk. On her days off she usually spends time cooking and baking for the family or out walking her Patterdale terrier Chip. 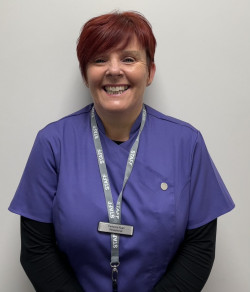 Cath has worked at shepherd's the vets since December 2021. After working in retail / customer services for 37years, Cath is enjoying the challenge of a career change. On her days off she enjoys gardening /walking her dog Maggie and taking family holidays. 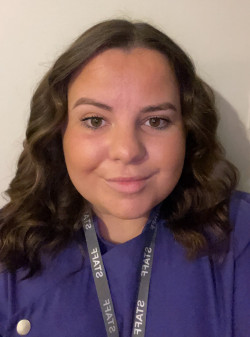 Abi joined Shepherds in 2021 and has a Business Management Degree from the University of South Wales.

Abi enjoys spending time with her nephews and neice and loves to explore new cities on weekends away with her boyfriend. 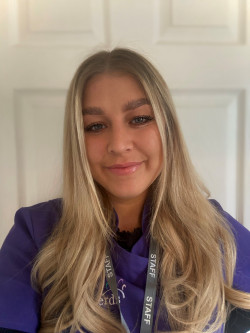